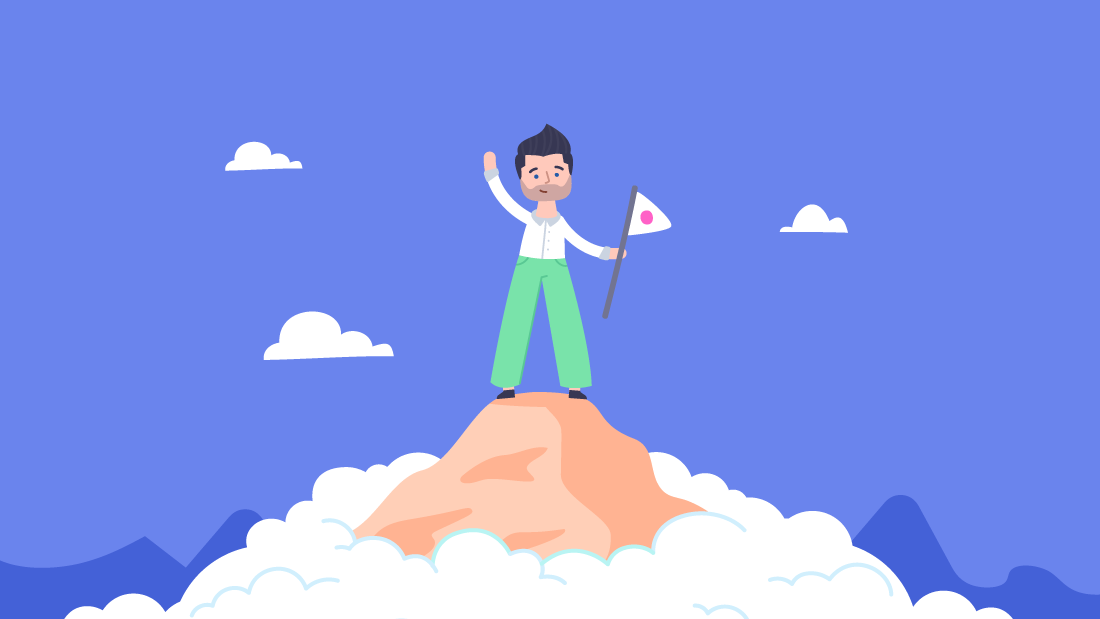 Adam Lynch, who’s currently leading the development of the newly-released Teamwork CRM, shares some of the biggest lessons he’s learned in his time as a product lead. Previously: managing people and improving your team’s processes. In this final instalment: being a team lead.

In the last few posts, I’ve talked a lot about managing people and process. But a lot of the things I’ve learned are about the team lead role itself: things like how to find a balance between representing your team and representing your higher-ups, what to expect day-to-day — and why there’s no one right answer to any of this.

As a team lead, you represent both your team and your organization’s management. It can be tricky to get the balance right. You need to: Show up for your team. Voice their concerns with the people who can do something about them, and share relevant updates with your team to keep them in the loop. Celebrate and recognize their hard work and achievements, at both a team and organizational level. Be an umbrella. Take negative criticism for them and only pass it down if they really need to hear it. Support your superiors. That said, you also now represent “the man”. As a team lead, you need to understand top-down decisions in order to believe in them, so you can make others believe in them. It goes both ways: if senior management doesn’t understand the challenges you’re facing, that’s your fault. Give them more situational awareness. It’ll help them to do better, too. Manage internal perspectives. Keep an eye on how your team works with others. Be mindful of office politics, especially in larger organizations. Avoid pointing fingers or blaming other teams. You’re all on the same side, so act like it.

The transition to team lead is not easy. It’s a lonely role and your context will be unique. Even others in the same role in different teams in the organization will have different values and problems to solve. Relationships will change. There is a change of perspective from working alongside people to managing them while working alongside them. You’ll find yourself reframing conversations more than you’d like. You need to bring positive energy even when you don’t feel like it. Expect to have to give a lot of yourself, to facilitate, especially when the problem is unclear or complex. Time management is difficult. There are a lot of interruptions and context-switching. Some of these interruptions will be from other teams. Everyone has priorities and thinks that everything else should be dropped to accommodate them ASAP, but you have to think of your priorities. The person shouting the loudest shouldn’t necessarily always get your attention first. Writing code and dealing with other issues is always going to clash. Deciding to be a tech lead means less coding. There’s less time to focus on a problem as a result and it’s hard to measure your own performance; it’s just not as tangible. As much as you’d like to shut your door to focus, you must be accessible to your team. You might find yourself coming in early, staying late, or working on the weekend to get around this, but avoid it where you can. All these extra hours lead to burnout. Again, the answer lies in delegating and prioritizing. Like I say, it’s a bit lonelier. But on the other hand, you get to see the whole picture. You get to step back and have more influence on the success of the company.

I’m no expert and I don’t get everything right. I have been leading teams for just a few years, but I have also had a broad range of experiences; all sorts of management styles (good and bad), tiny startups, large corporate companies, and more. If something I said doesn’t feel right, that’s okay. You can read as much as you like on the topic, but a lot of it comes with experience. Feel it out. Try things, make a few mistakes, and learn from them. That’s what I’m doing too. This post was originally published on adamlynch.com and has been edited for the Teamwork blog. Thanks for letting us share your tips, Adam! We’d love to hear what you think — what’s been the biggest lesson you’ve had to learn as a team lead? Let us know in the comments.