What does a project manager do?

What does being a project manager look like on a day-to-day basis? Learn more about the role of a PM and take a look at some of their daily duties and responsibilities.

They can be traditional project managers: the kind of people who are PMP-trained and PRINCE2-qualified and who have “project manager” in their official title.

Or they can be of the “non-project manager” variety: the people who have found themselves adopting the usual project manager duties and responsibilities as part of their role over time, and are responsible for overseeing and delivering projects in the course of their job.

But whichever type of project manager your company relies on, they’re integral to getting meaningful work done. That’s because traditional or not, project managers are the people who make sure that your projects are completed on time, on budget, and within scope.

So how do they make that happen? And what does a project manager actually do? 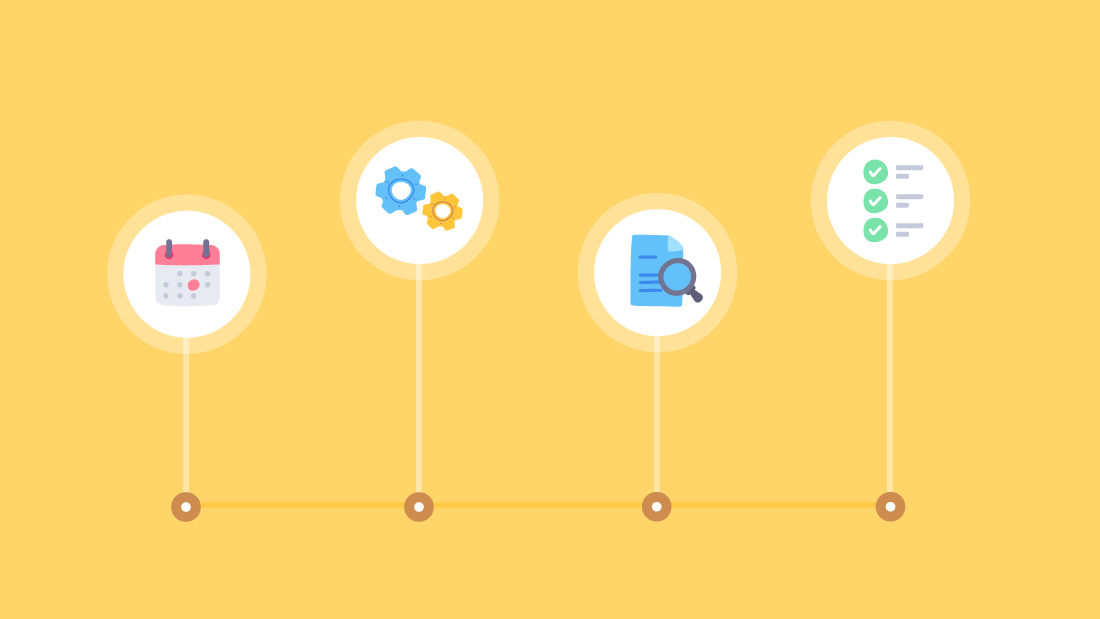 What is a project manager and what do they do?

It might sound like a basic question, but in truth, it can be hard to define the role of a project manager. At times, it can feel like the real question isn’t “What does a project manager do?” — it’s more like “what doesn’t a PM do?”

That’s because they’re involved in so many parts of the project from beginning to end. Their responsibilities include concrete, tangible things like planning and budgeting, as well as less quantifiable (but no less important) things like providing leadership and moral support.

Likewise, as experience and skills become as important to successful project management as qualifications, it can be difficult to define who is and isn’t a project manager.

Manage lots of projects on a regular basis, and know how to skillfully juggle resources to make sure they’re completed as efficiently as possible? You’re probably also a project manager.

So with all that in mind, what exactly is a project manager? For us, it’s simple:

A project manager is someone who is responsible for managing a piece of work from concept to delivery.

So when we say “project manager”, that’s what we mean: it’s not limited to qualifications or backgrounds, but instead applies to anyone and everyone who finds themselves managing projects on the regular. In short: if you do all the things that a project manager does, you’re a project manager. Makes sense, right?

That might seem broad, but as we’ve already mentioned, the project manager job description encompasses a wide range of responsibilities and duties. (More on those shortly.)

What’s more, we believe that the more people recognize that they’re actually in the business of managing projects (even if they’re not “supposed” to be), the more they can adopt project management tactics, techniques and tools, so they can start to manage their projects better.

(Want to learn how you can put big picture project management into practice for your next project, regardless of your job title or team size? Check out our workbook.) 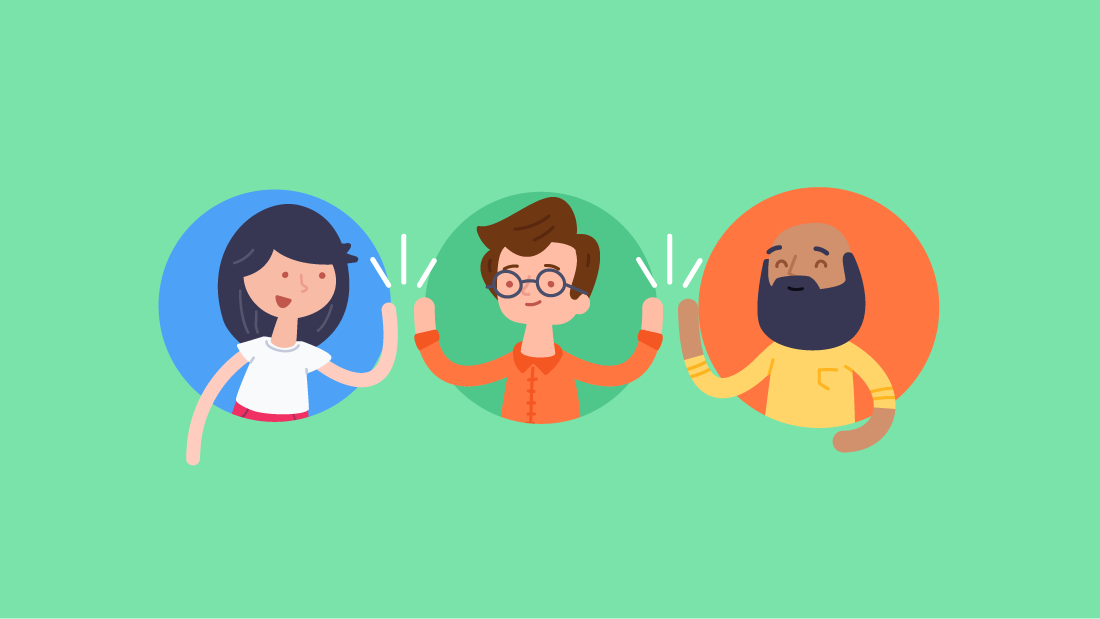 Project management plays a central role in lots of different industries. But while the methodologies and output might vary, the project manager role itself stays pretty consistent.

Regardless of the deliverable of that project — whether it’s a new building or a new feature release — you still want that project to be completed successfully and in the most efficient way, from beginning to end.

Planning the project (in accordance with company goals)

From the outset, the project manager is responsible for defining the scope of the project and aligning with stakeholders to set expectations.

This is the part where the project manager ensures that the project is linked to a bigger strategic goal, defines what “success” will look like, and gets buy-in from all stakeholders.

In addition to all of these strategic elements, it’s also where the “nuts and bolts” planning comes into play. The project manager will outline the plan for the project based on the agreed-upon scope and deliverables, including project budget, resource requirements, and timeline.

All of this planning at the beginning of the project is crucial to ensure it runs smoothly — and that everyone on the project knows what “running smoothly” is supposed to look like.

Resourcing the project (and budgeting those resources effectively)

Once the project manager has the plan in place, they need to make provisions for getting it done. For that, you need time, money, and people power. Also known as: resources.

According to PMI’s Pulse of the Profession Report (2018), “resource dependency” was listed as a primary cause of project failure in 26% of failed projects, with “limited or taxed resources” (21%) and “inadequate resource forecasting” (18%) following close behind.

So there’s a lot riding on resource management. And it’s especially tricky because resources are always going to be limited — as a PM, you’re never going to have quite as much at your disposal as you would like.

With that in mind, the project manager’s responsibility is to allocate the limited resources they do have in the cleverest, most efficient way possible.

Using a project management tool is especially useful for this, because it enables project managers to have full visibility over everyone’s workloads, track all of their available resources (and see what’s still available to use), and quickly identify where they’re at risk of going over capacity to prevent burnout before it happens.

Managing the project (even when things go wrong)

No matter how expertly planned and beautifully managed your project is, life, uh, finds a way.

That is to say: things are probably going to deviate from your lovely project plan at one stage or another.

But great project managers know to expect the unexpected. They’ve done their due diligence in the form of risk assessment, so they know what to look out for; they’re tracking their timelines and resources so they can spot potential bottlenecks before they become issues; and they’re level-headed enough to flexibly respond to changes in the moment when and as they need to.

They’re the ones who keep the ship sailing in the right direction, even if you have to take an alternative route or patch up a sail to get there.

When you think of project manager responsibilities, you probably think of the classic three. The ones we’ve been coming back to again and again: timelines, budgets, and resources.

Those are, of course, super important. But a great project manager isn’t just organized and adaptable: they’re also emotionally intelligent.

Emotional intelligence is what allows the best PMs to understand what motivates each team member, enables them to navigate conflict, and helps them to keep everyone on the project team feeling happy and valued.

And since happier employees are 13% more productive, it’s one of the most important aspects of the project management job description.

Delivering the project (🤞on time and on budget)

One of the most obvious project manager accountabilities? Actually delivering the project.

It sounds straightforward, but as we’ve seen above, the successful delivery of the project is dependent on lots of other moving parts working together, beautifully.

So it’s the responsibility of the project manager to make sure that all of the above — the planning, the resourcing, the managing, the motivating — actually results in the expected deliverable, at the right time, and within the right budget.

Good project managers know that the project’s not over just because you’ve Done The Thing.

In order to maximize your chances of success, you need to factor in time for a proper project post-mortem meeting.

By setting aside a dedicated time for the team to review and report on the project while it’s still fresh in everyone’s minds, you can ensure that all learnings can be documented and used to optimize your processes for next time, so you can continuously improve and scale your project management best practices.

Armed with that knowledge, the PM can see how the project measured up against other previous projects, recognize where the team excelled, and identify where there’s still room for improvement going forward — all of which helps them to make data-driven decisions that help propel the business forward. 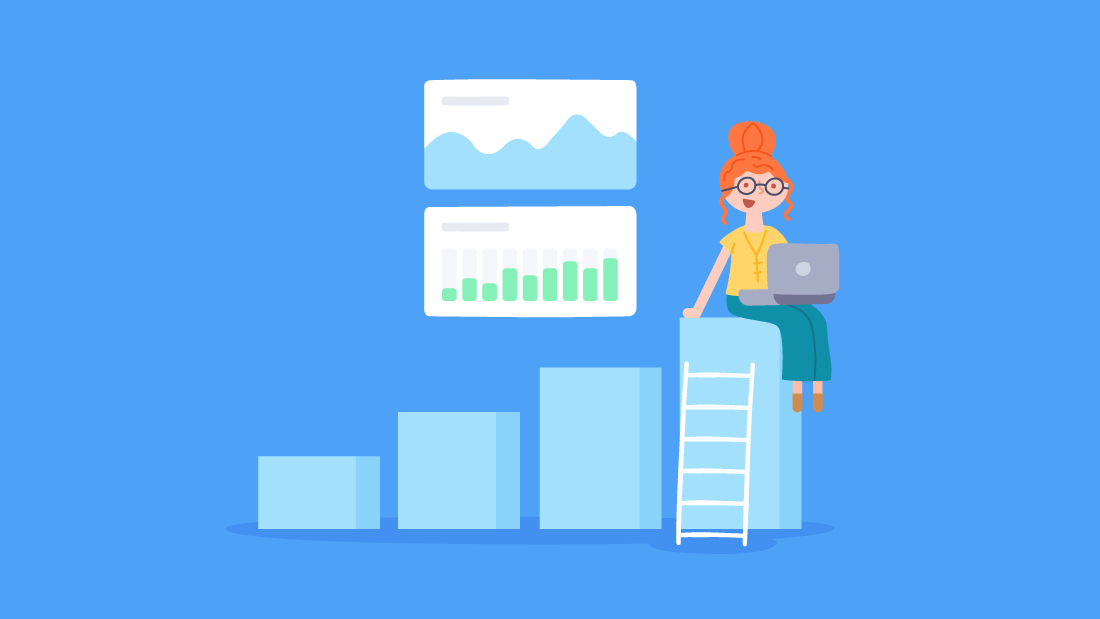 What does a project manager do on a daily basis?

So we know the basic project manager job description (“they manage projects”) and some of the project manager accountabilities. But what does it all actually look like IRL?

It’s a fast-paced job, and no two days are the same. Depending on which phase each project is at, a project manager’s daily duties and responsibilities could include any of the following:

So now that you’re no longer wondering “what does a project manager do?” and you have a clearer sense of what a PM does on a daily basis, you might be thinking “hey, that’s something I would be into!” So if you want to do what a PM does, here’s what you need to know. 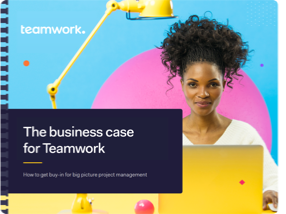 guide
The business case for Teamwork 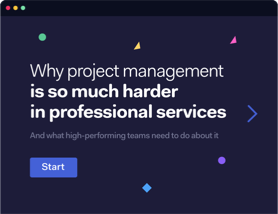 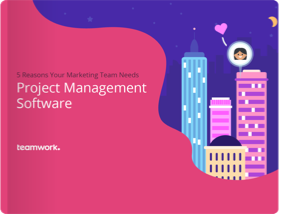 Talk to our Sales Team