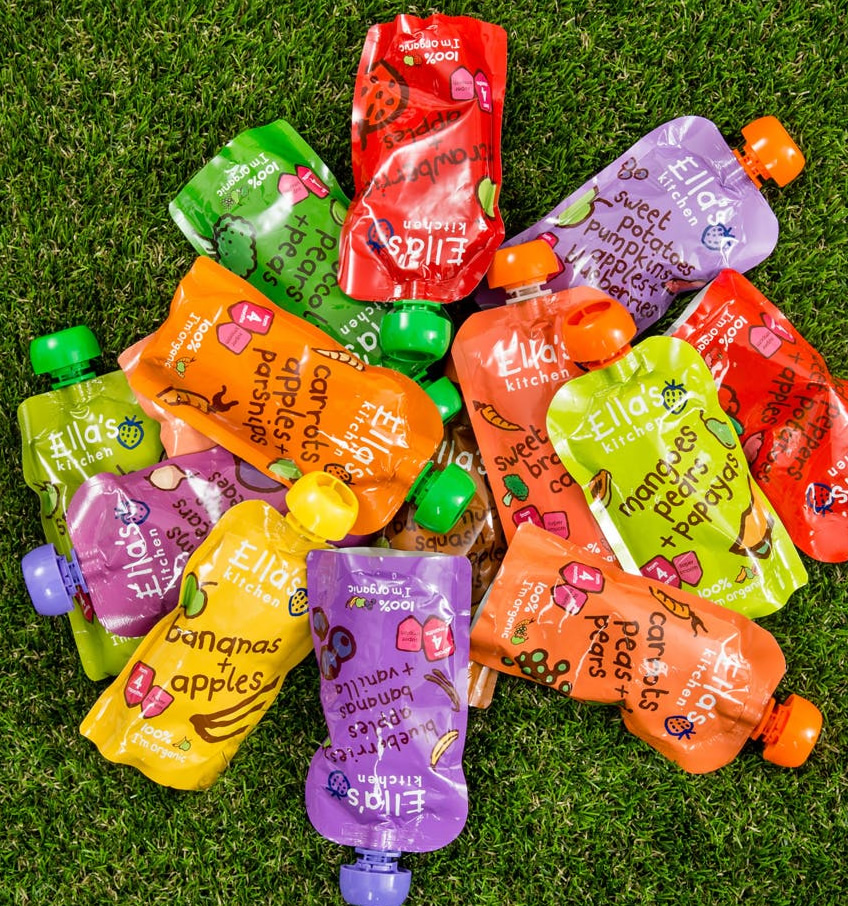 Ella’s Kitchen is a manufacturer of organic baby and toddler food, sold in supermarkets internationally right across Europe, Canada and the United States. The company was founded over 13 years ago by Paul Lindley, with the intention of providing kids with the opportunity to eat better food and also to discover that healthy food can be fun, tasty and cool. The company is named after Paul’s daughter Ella.

Ella’s Kitchen currently has over 200 products, suitable for babies aged from 4 months to 3+ years. They include baby and toddler food, smoothies, snack ranges and more, all featuring 100% organic ingredients. They were the first brand to bring innovative pouches to the baby food market and are currently the market leader in the baby food category in the UK with a global turnover of £70m. We spoke to Ellen Jarrett, who joined the team as a Programme Manager in 2016 as part of a project management process initiative in the company.

The company formed the “Makes stuff run smoothly team” in 2016, in recognition of the need for cross-organizational projects to be run by an experienced and impartial team as the company grew in size.

Up to this point, new product development (NPD) and existing product development (EPD) was run by whichever project team was proposing a change. As a result, the teams faced a lot of challenges. The processes were not fit for purpose, causing a lot of things to fall through the cracks. The teams found themselves making ill-informed decisions and facing delays getting products to market. There was also a lack of clarity around roles and responsibilities.

The company conducted a series of workshops over a 6 month period to develop a new process and way of working, which resulted in the formation of the Smoothly team and a new Stage Gate project management process.

"When I joined there were over 30 different projects being run concurrently,” Ellen told us. “The team were using spreadsheets with different tabs for each one. They would have a tab for actions, discussions, issues, risks, and more…it was anarchy! With 30 spreadsheets and 5 tabs each, that meant 150 places we had to look to keep on top of everything.

Change for the better

Having defined their initiative, the Smoothly team now needed a tool to help facilitate their new process. “Before using Teamwork, I tried Asana, Basecamp, Wrike and even a few more, but Teamwork was a slam dunk,” Ellen said.

One of the main factors for Ellen was being able to make the tool as easy as possible for everyone to use and engage with, and she loved the fact that Teamwork was so customizable. Anything too formal wouldn’t have fitted with the culture at Ella’s Kitchen, so it was the perfect blend of great functionality and easy to use.

“It wasn’t an intimidating interface. The UI was so friendly it made other systems look like stuffy Excels. People couldn’t believe it hadn’t been custom built for us! It’s also a great system for people who are new to project management for exactly that reason.”

"It was our first time rolling out a system like this, so naturally our senior team were a little apprehensive. They wanted to trial it first by rolling it out to just 5 project teams. But to me, that wouldn’t have accurately reflected the value that Teamwork delivers — like powering collaboration across teams and having everything in one place — so I pushed for a full rollout. Luckily for me, it was a huge success! Ellen and the team did some induction sessions to Teamwork with smaller groups and then one-to-one support sessions with individuals where necessary. They also held workshops showing people how to set up their own custom views as it was really important to them to empower each person to see the information that was most relevant to them.

“I find the whole system so intuitive that onboarding was very easy for us. I also like that the app is always getting regular updates, it shows that the team is always striving to improve it — and that you take customer feedback seriously.”

“Our approach to projects was revolutionized. We now have individual ownership over tasks, infinitely improved communications, and a great sense of collaboration.”

“Our overdue tasks dropped from 7% (of all live tasks) to 2% between July 2017 and January 2018 – so we were seeing major benefits even in those first 9 months after implementation.”

Ella’s Kitchen does an internal survey every 6 months on project feedback. One survey respondent said Teamwork was the “single best business tool he’s ever seen implemented in the business.” A snapshot of the results indicated that:

Not only that, but in the year after they implemented Teamwork, they also entered the APM Project Management Awards 2018 and won the APM PMP of the year award. “We were shocked to win as we were up against some really advanced PMOs in much larger companies,” Ellen said.

Before we made this change and introduced the Smoothly team into Ella’s, the NPD and EPD process was the single biggest issue the company faced. The lack of clarity we had in old roles caused repetition, confusion, and a lack of autonomy amongst teams. People were getting frustrated, and blaming was also beginning to creep into the business. Our new project management focus has transformed the commercial success at Ella’s Kitchen. It’s no surprise that having launched this new process, Ella’s was named one of the Top 100 companies to work for by the Sunday Times.

Teamwork: project management software that lets you work the way you want and deliver the outcomes that matter.