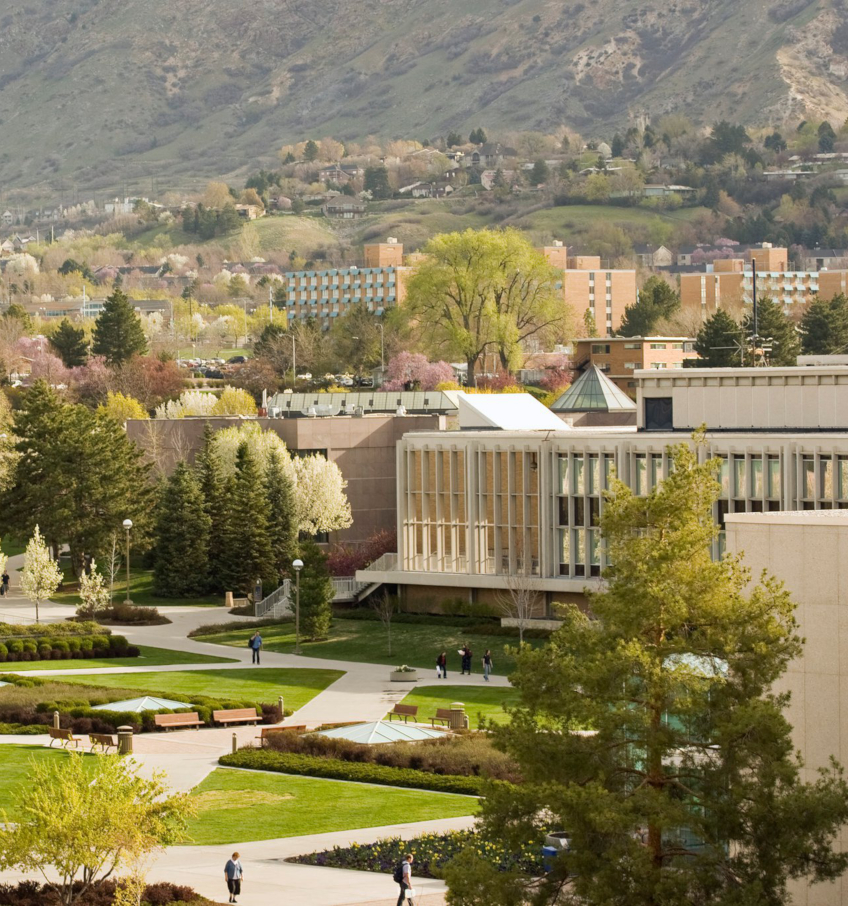 Brigham Young University is a top-tier private university in Utah (USA) with more than 33,000 students in its expansive undergraduate, master’s, and doctoral programs. Even more students are able to earn a degree via online course offerings that are created by professors and brought to life using the technical expertise of the Multimedia Services Department.

Ryan Beckstead, Multimedia Services Administrator, has been using Teamwork to help his team produce promotional materials for the university and online courses for continuing education and related programs. Here’s how they use it to help coordinate graphic artists, instructors, videographers, photographers, and instructional designers to build courses that can reach students all over the world.

As the team at BYU knows, when it comes to online courses, simply having a great idea for a course isn’t enough. You need a whole team of experts to develop the curriculum, record the content, and present it in a way that engages students. A professor in a classroom may only need herself, a desk, and a few students, but an online course requires more.

Ryan has assembled a skilled team, but in the past it has been difficult to estimate the cost of each online class because he hasn’t been able to nail down hard numbers. “The creative professionals I work with produce high quality work, but they don’t like to document the hours they spend or the individual tasks involved in a project,” said Ryan. “Without that information, it’s hard to estimate the costs and timeline for similar projects.”

" Because the software didn’t provide the functionality we needed, we ended up using MS Outlook email messages and WhatsApp. Sometimes communication with important stakeholders was missed, and it was a nightmare to track the history of messages, task ownership, and other dependent tasks. We needed better tools with more sophisticated features. For years, his team worked without the benefit of project management software using educated guesses. As the demand for online courses grew, the multimedia department tried using a few project management tools to track tasks and hours invested in the project, but those software options were either too expensive or didn’t match the process that Ryan’s department used. Some professors who offered online classes even had their students try to build a system that could track tasks and project costs, but the end result wasn’t a functional solution for the entire department.

After thoroughly researching their options, Ryan’s team were won over by Teamwork. Now, tracking, task lists, file storage, links to material, conversations about projects, and milestones were all in a single location where everyone could access them.

Because of Teamwork’s intuitive interface, team members were willing to start logging hours spent and creating detailed lists of the tasks they completed to create an online course. “I think some of them started making lists because they saw other people making them and crossing off items. They saw how simple the system was, and suddenly I had more people adding their hours without any reminders from me!”

As the Multimedia Services Department compared their task lists with each other and from one project to another, they formed task list templates that became the foundation for future projects. Any project that Ryan’s team needed to produce, from online classes, billboards, or campus flyers, could be built quickly from the templates no matter which staff member was handed the job. The templates have even simplified billing since all of the estimated and actual hours dedicated to each task and project are logged.

" The templates have saved us so much time in developing and executing projects,” said Ryan. Any one of us can look at the job and immediately know what needs to be done because it’s all laid out for us. Individual tasks, deadlines, examples of other jobs — it’s all in there. Many teams within the Multimedia Services Department use Board View to organize their projects and instantly see which tasks have primary importance for project completion. Ryan keeps an eye on all projects in progress using the Portfolio feature, which offers top-level updates, real-time status reports, and project summaries. Even the development team likes Teamwork because its API allows them to integrate other apps directly with Teamwork.

Multimedia Service Department’s biggest problem — estimating project timelines and expenses — has practically been eliminated using Teamwork. The audit history allows the team to accurately plan single projects by comparing them to similar completed jobs, or to plot out an entire year’s projects with more accuracy than they ever imagined. If the scope of the project shifts, they have precise information on every change and amended deadline. " We get requests all the time for updates on project costs and deadlines. It’s great to have enough real-time data to be able to provide answers immediately instead of just giving our best guess. It’s increased transparency in our work and to stakeholders, and it’s also helped us build stronger relationships with everyone we serve at BYU. They know we can deliver on our promises. Ryan’s department uses Teamwork for Enterprise because there are no limits on the number of projects or users they can add. As new courses are proposed and developed, the Multimedia Service Department can keep growing to serve students across the globe. As a budget-conscious institute of higher learning, they don’t have to worry about escalating costs as they expand their online catalog.

Best of all, now that team members have a simple, intuitive way to track their time and responsibilities, they’re free to devote more time and energy to the creative sides of their jobs.

" We don’t have to spend hours in follow-up meetings or trying to keep track of our work. So we can focus on what matters: creating impactful, compelling courses.

Talk to our Sales Team