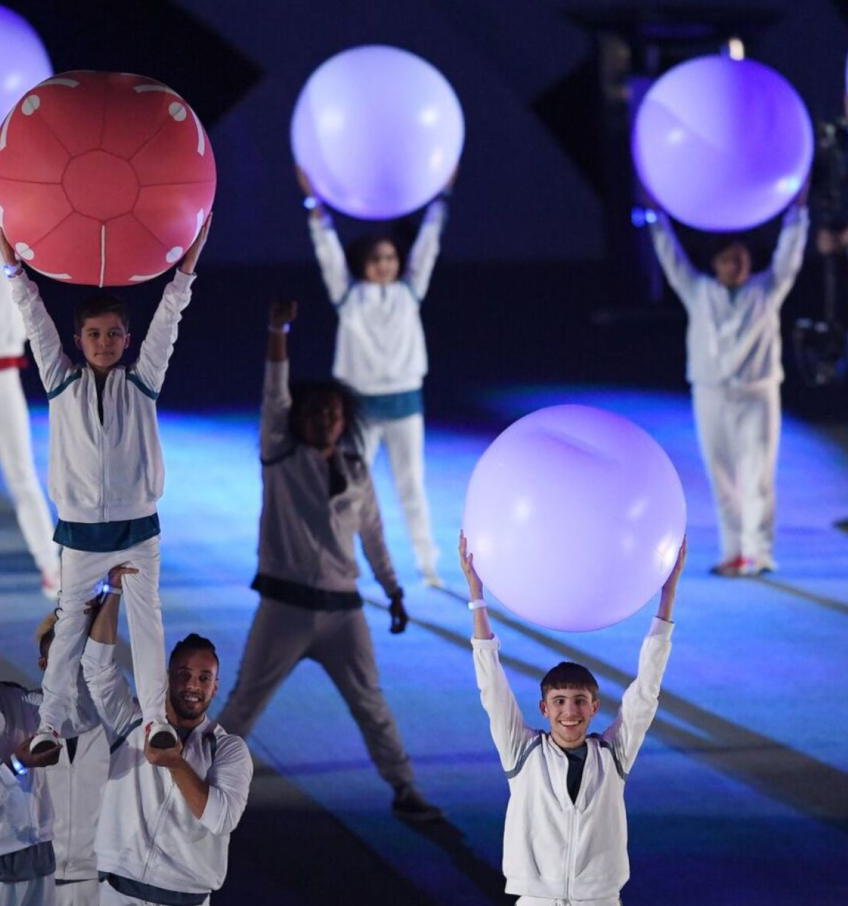 Clayton D’Costa, Director of Planning and Integration, and Shekhar Tamasker, Section Head of Scheduling and Reporting, both on the Local Organizing Committee of Special Olympics World Games Abu Dhabi 2019, tell us how the flexibility and scalability of Teamwork helped them to manage years of planning and bring multiple different departments together to deliver a large-scale, outstanding mega-event.

Delivering an incredible event experience takes a vast amount of planning. For an event on the scale of Special Olympics World Games Abu Dhabi 2019, not only do the organizers need to start the preparations years in advance, they also need to get hundreds — if not thousands — of people from different teams and industries aligned and in sync.

That means that their project management software had to fit a tricky set of criteria. “From my perspective as the Director of Planning, we needed a product that would sit at the center of the Local Organizing Committee (LOC),” Clayton D’Costa told us. “But it also needed to appeal to a variety of people from different functions, departments, and backgrounds. We had an unprecedented LOC in terms of diversity – 47 different nationalities within a team of 305, 12 people of determination, 54% female and with over a quarter of the staff Emirati.”

For anyone not familiar with the major events world, an organizing committee is a peculiar thing, in that you can pretty much have most occupations you can think of represented in the building.

“If you think about the organization of a major event, you need to think about building, overlay, medical services, transport, communications, marketing… and those are just a few of the 40-odd functions we have,” Clayton explained.

With all of that in mind, they needed something that had project management at its core, but which was still easy and intuitive to use for someone who isn’t from a project management background to get to grips with and comfortably use every day.

“There’s a huge learning curve with traditional project management software,” Clayton said. “When you log into it, it puts you off, even before you’ve done anything. Generally speaking, they’re not the most appealing products to use on a day-to-day basis — and they’re often not something 300+ people can use from the get-go.”

The search was on to find something better.

Clayton and Shekhar Tamasker, Section Head of Scheduling and Reporting, started researching and testing a number of different project management tools. They quickly found that Teamwork was the simplest to use, while still offering the robust functionality they needed.

“We were inspired by our Managing Director to think differently. So following a thorough review of options in the market to our user requirements, we selected Teamwork. With Teamwork, we have a product that can do pretty much all of what we wanted and more,” Shekhar said.

Rolling it out across such a diverse array of users and teams could have stalled an already tight timeline, but luckily they found that the teams were able to get up and running with minimal hassle. “Our Programme Delivery Managers offered customized training, and it turned out that with the product being the way that it is, we didn’t need much else,” Clayton said.

Within the one tool, each team has the freedom to work the way that works for them. “We never really pushed one view in terms of how people use Teamwork,” Clayton said. Instead, there are a number of program delivery managers, who are each responsible for their own teams and goals relevant to specific parts of the business.

“In delivering the first mega event in the UAE’s history, we had to think innovatively,” Fatmah Alkaabi, a Programme Delivery Manager seconded from Etihad Airways, added. “Teamwork is very different to some of the other products out there as it has immense capability, but equally the user interface is understated. Furthermore, Teamwork’s reports provide a self-service solution to interrogating our data and ensure we do not need to rely on clunky spreadsheets and associated pivot table analysis.”

Our way of implementing Teamwork was to educate everyone about the numerous different ways to do things, and leave it up to them as to how to access or manipulate it however they saw fit, based on their own requirements. For example, teams can switch between List View, Board View, or Gantt charts depending on their own data and preferences.

Using Teamwork helped to ensure that the core staff and thousands of others involved in the Games were all working together towards the same goal. With events of this magnitude, there’s no room for delays — and synchronized communication is vital.

“We had to deliver this project in a very short space of time,” Clayton told us. “An Olympic organizing committee basically has five to seven years. We delivered this major event, which is Olympic in scale — 200 nations, over 7,000 athletes, competing in 24 sports across 10 venues — in under two years. Teamwork was at the center of that in terms of planning. It was our core system.”

In addition to helping them to achieve those longer-term strategic goals, Clayton also came up with a novel way to use it in the field for more short-term, immediate resolutions.

At Games time, we actually also used Teamwork as our operational issue management system. For example, if we had a catering shortage for volunteers, our head of catering could immediately — on the ground, in the middle of the venue — add a task in Teamwork, and we would get notified in our main operations centre that we had an issue with catering. This was helped by the fact that team members and volunteers could use the mobile app instead of needing to be tied to a desktop, allowing them to work from anywhere. “At Games time, we operate out of multiple venues. But even if people were dispersed, they could all access Teamwork right there if they needed to.

“I think we broke the norm,” they said. “We’ve always said we’re an EP²IC organizing committee: that is, we want to deliver Excellence, Pioneering and Passion, Innovation, and Collaboration. Fundamentally, I think our success with Teamwork is because it stays true to the core principles of project management, but still lets us do things in a simple way.”

“It’s a really different kettle of fish than ‘traditional’ major projects,” Clayton explained. “For example, we don’t have a critical path, per se. Operational Planning-wise we were adaptable — we could not deliver something but would still deliver the Games. Teamwork’s flexibility has really helped us to keep an eye on the bigger picture whilst at the same time manage the complex multifunctional facets.”

Clayton and Shekhar believe that, as an organization, they’ve only used about half of Teamwork’s functionality. “For me, that’s a good thing,” Shekhar said. “Should we have needed more functionality for our wrap-up operations, it’s nice to know it was there. It means we can always try new approaches and new ways of looking at things, without having to invest in a different system or transfer all our data.”

But when it comes down to it? Having flexibility around the process has been indispensable, but at the end of the day, it all hinges on the results. “It’s outcomes that matter. And having a really capable, elegant solution at our fingertips is what helps us to deliver them.”

What reassured us throughout the pre-Games planning and Games-time operations was Teamwork’s reliable and prompt customer service. The system worked as promised, but whenever an issue came up, Teamwork replied and resolved it promptly. – Shekhar Tamasker, Section Head of Scheduling and Reporting

Teamwork: project management software that lets you work the way you want and deliver the outcomes that matter.