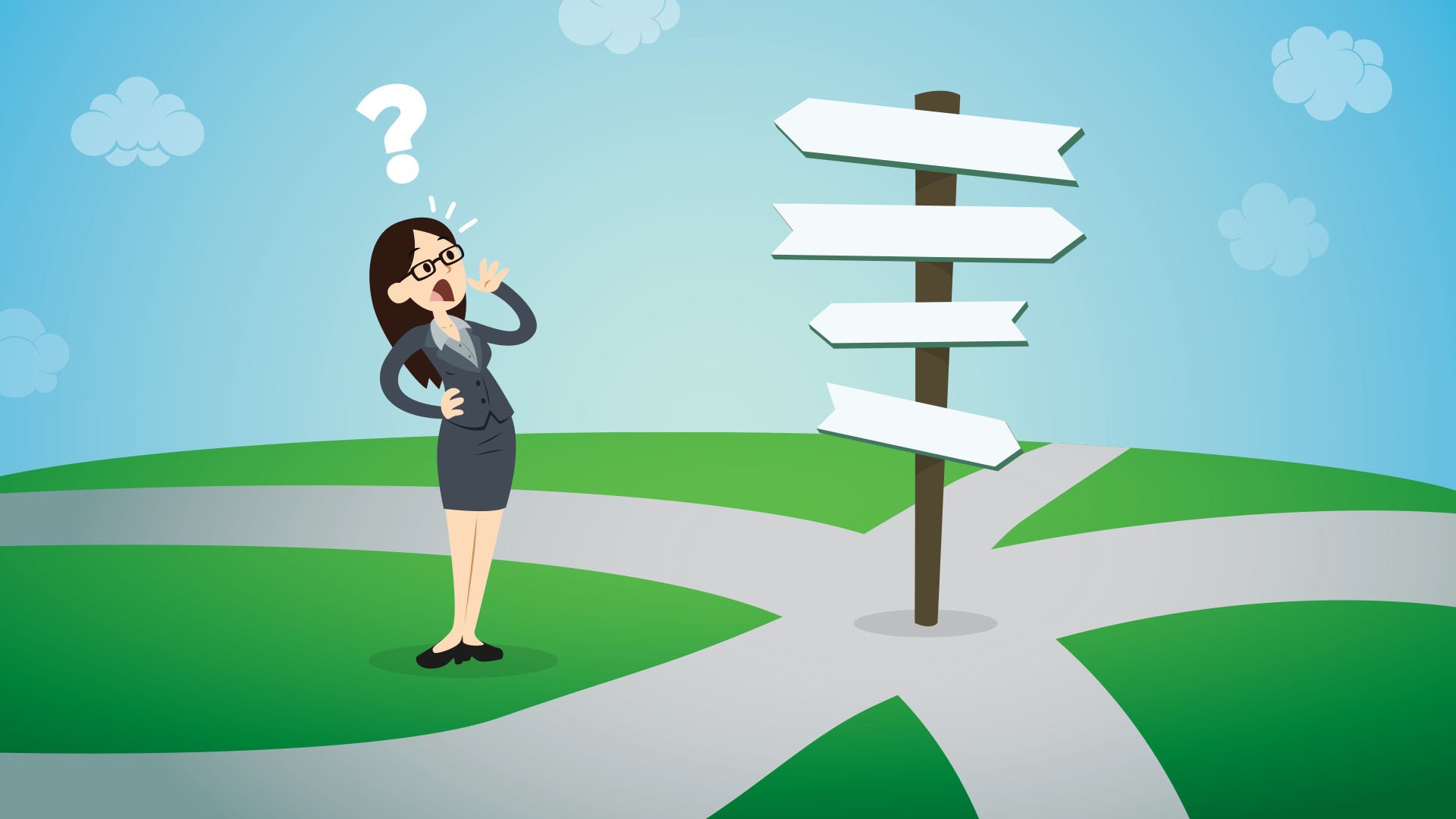 One decision in your work, life, or career has the potential to be monumental, which can be daunting. Big decisions can range from accepting a promotion to choosing a vendor for a big project or even a small decision can feel pivotal, but either way you are responsible for the choice and the outcome. Facing a choice without the right approach can be detrimental, so we’ve detailed three powerful steps to help you make shrewd decisions.

When faced with a decision, don’t just make a list of pros and cons, but rotate the situation to evaluate it a different way. In delving into these questions and their answers, you evaluate all factors of the decision and resulting outcome. • What are the risks you would take on with each result? • What risks would you avoid with each? • Where is your data coming from and does that source have credibility or bias?

Ideally, your final choice should gratify your team and also serve the project goals – this is also referred to as a satisficing outcome. Satisficing, coined in 1956 by Herbert Simon, is the combination of satisfy and suffice. In his 1978 Nobel Prize speech at Carnegie Mellon University, Simon observed that “decision makers can satisfice either by finding optimum solutions for a simplified world, or by finding satisfactory solutions for a more realistic world. Neither approach, in general, dominates the other, and both have continued to co-exist in the world of management science.”

The concept may have originally been based on cognitive limitations, but also applies to finite time or resources available for researching a particular decision. It is nearly impossible to know everything, but you can know enough from varied angles to make an informed and strong decision. The person making the decision may select the choice that meets one or more specified criteria without fulfilling all of them to be optimal, but this balance helps the project proceed instead of circling indefinitely as a decision is researched more and more completely.

Comparing the options when faced with a decision is instinctive, but considering all elements of the outcome takes more mental devotion. With a common cost-benefit analysis, not only are you estimating the financial value of a particular outcome, but you are also considering non-financial elements. For example, are there useful byproducts or can the product be used to further other projects or support other departmental efforts? Avoid falling into a trap of evaluating the reward-to-risk ratio in a way that is tainted by the manner in which the choice is presented. While the risk:reward ratio measures the distance from your entry to your stop loss with a resulting comparison of the two distances, it is important to maintain a set timeline across all outcomes for a fair consideration of all possible results of a decision.

Comparing the options objectively with measurables is the best way to avoid letting your choice be swayed by how the decision is presented or framed. The trap of reacting to how the choice is framed can be best sidestepped by comparing wisely. This is explored by Daniel Kahneman and Amos Tversky in their article, The Framing of Decisions and the Psychology of Choice. They state, “It is often possible to frame a given decision problem in more than one way. Alternative frames for a decision probe lens may be compared to alternative perspectives on a visual scene.”

Decisions are not just facts, figures, and analysis or we’d send them all to a computer to take care of. No, there is something to be said for human intuition or that gut feeling. As Malcolm Gladwell wrote in his book Blink: The Power of Thinking Without Thinking, “understanding the true nature of instinctive decision making requires us to be forgiving of those people trapped in circumstances where good judgment is imperiled.” and that “…if we are to learn to improve the quality of the decisions we make, we need to accept the mysterious nature of our snap judgments. We need to respect the fact that it is possible to know without knowing why we know and accept that — sometimes — we’re better off that way.”

Just as Herbert Simon was awarded the Nobel Prize in 1978 in economics for “for his pioneering research into the decision-making process within economic organizations,” Daniel Kahneman won the Nobel in 2002 in economic science for his work on prospect theory. These show the value of decision-making in economics, business, and the broader applications. In Kahneman’s 2011 book Thinking, Fast and Slow, he explores this topic using his psychology expertise. Kahneman wrote in Scientific American that “Understanding fast and slow thinking could help us find more rational solutions to problems that we as a society face.”

In an insightful and lively debate with psychologist Gary Klein, Kahneman explains that “There are some conditions where you have to trust your intuition. When you are under time pressure for a decision, you need to follow intuition. My general view, though, would be that you should not take your intuitions at face value. Overconfidence is a powerful source of illusions, primarily determined by the quality and coherence of the story that you can construct, not by its validity. If people can construct a simple and coherent story, they will feel confident regardless of how well grounded it is in reality.” So, there is a need to balance trusting your gut with awareness of the decision’s factors and reach.

Approaching a decision, big or small, is a balance of viewpoint, comparison, and intuition. There is a balance between the three and within ourselves when facing a choice that, when struck with practice, helps you arrive at a favorable outcome. It is that yin and yang of gut reaction and careful deliberation brought to life through introspection and external research that brings the tools to the table to take you one step closer to a successful outcome.

The important thing beyond the final decision is the ability to follow through cohesively and adapt to rising issues. If, once you’ve made a decision, you learn that the outcome is not in the best interests of your team or project, it is essential to accept that you may need to compromise or implement a backup plan to secure a favorable outcome.