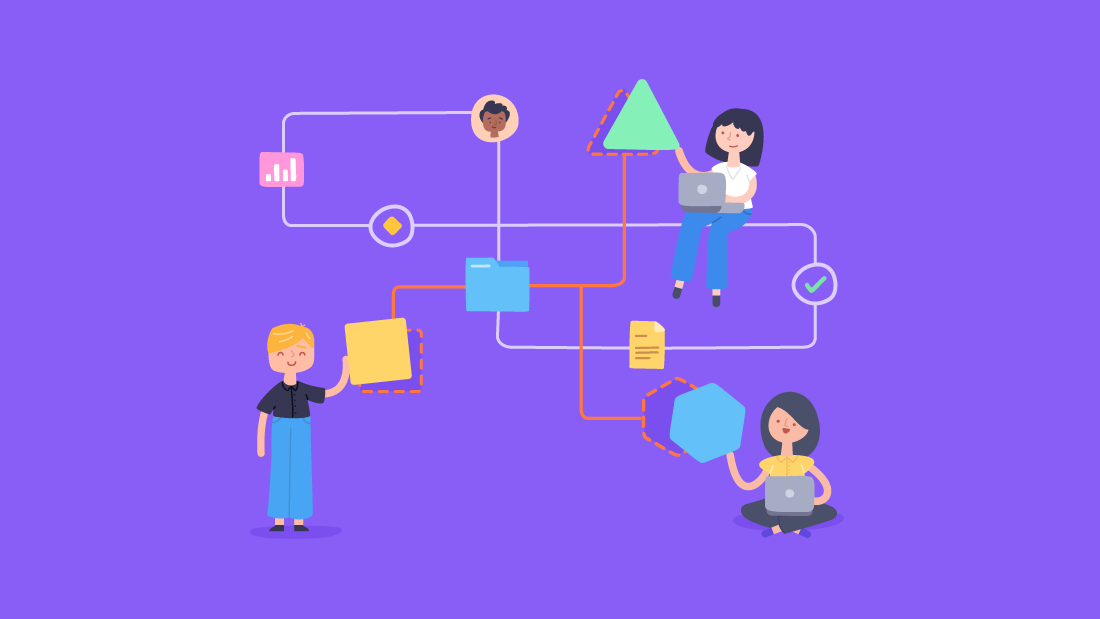 Great teams are often successful because they achieved their goals by overcoming adversity and obstacles. And managing high-performance teams takes a lot of trust and innovation to encourage everyone to do their best work.

In fact, the 2019 Global Human Capital Trends survey found only 41% of respondents believe their company successfully leads. That's a lot more mistrust than most would think.

Luckily, there are ways to help. That's why we're providing you with the top six ways you can efficiently build and manage high-performance teams to get work done.

Building and managing high-performance teams starts with a better plan

High-performance teams are made up of people assigned to independent tasks, but these tasks are not interdependent. Each project relies on shared goals, transparent communication, and a strong will to succeed.

This is something that starts at the top with you—the manager.

The right team impacts everything from productivity to profits

It takes an innovative culture, clear roles, and conflict resolution tools to build a team that will leave your competitors in the dust.

A McKinsey report found most investors believe the quality of a team and how it is managed is the single most important factor when evaluating an IPO, other than financials. Companies that create high-performance also benefit from:

🏃 Productivity: High-performance teams are 56% more productive compared to teams with low commitment, which sit at just 6%.

A startup's success also depends on what type of team it has. An NBER report discovered 56% of venture capitalists believe a company's success depends more on its team than its market fit or technology.

Building and managing a high-performing team takes time and effort. So let's dig into our six ways leaders can better manage:

1. Before you can inspire, you need to build trust

Inspiring your team to do its best work should be the ultimate goal for any manager.

But first, you need to build trust. Start small by showing the team that their opinions and views are valid. If you want to foster an innovative team, people need to know there's a safe space to brainstorm and get feedback on their ideas (no matter how crazy they seem!)

If you are in a meeting or having a 1-on-1 with someone on your team, drop hints by:

Your team will have a hard time coming to you with their ideas, or resolving internal conflicts if they do not trust you.

And without trust, cultivating the culture that's present in any high-performing team will be difficult.

The good news is that once your team knows that you've got their back, start to build on that trust. We recommend following the Three Pillars of Trust:

That's it: Show up, do the work, and assure your team that you have their back. Only then will the innovation juices will start to flow, which brings us to our next point.

2. Give your team the freedom to create and innovate

A smart manager knows innovation is the secret sauce of high-performing teams.

Employees who consistently introduce new ideas and innovations into the company will keep their organizations relevant and profitable. By letting your team experiment and present new ideas (even if they fail), you can show that you're willing to take a chance on their concept.

Frito-lay is a great example of how a manager can encourage innovation from their team. When the company fell on hard times in the mid-1980s, the CEO sent out a message to all of its 300,000 employees to "act like an owner."

One of the employees, Richard Montañez, took this as a rallying call. He was a janitor, but he saw the weaknesses in the company's products: nothing was spicy or hot, everything was plain.

So, he called the CEO and told him that the company had a gap in its product line—and said he could fix it. Two weeks later, Montañez was showcasing his idea to a board of Frito-Lay directors.

Six months later, the company began product testing Flamin' Hot Cheetos, and by 1992 they were released nationally. Since then, they've become one of the most successful product launches in Frito-Lay history.

Montañez did not have a college degree or work on the product development team, but he had a manager who believed in his ideas and encouraged his innovative streak. As Montañez has said himself: "I do have a Ph.D.—I’ve been poor, hungry, and determined."

A high-performing team is like a family: it has its challenges, can handle disagreements, and will always have each other's back. As a manager, it's your job to ensure every conflict is handled like a family—not with an iron fist.

When managers are faced with them, their gut instinct is to shut them down as quickly as possible. Dr. Mark de Rond is a Professor of Organizational Ethnography at Cambridge University and he argues that sweeping conflicts aside and hoping they go away is the opposite of what top-performing teams should do.

"In our MBA program, we call these 'cappuccino teams,'" said Dr. de Rond. "Every time conflict rears its ugly head, people break for coffee, presumably in the hope that it will help restore harmony."

Managers must effectively create teams that can feel empowered and inspired to take action on conflict. This isn't to say leaders should only hire type-A personalities, but instead, a group of people who can explore a diverse range of thinking.

It shouldn't be surprising that a Glassdoor survey found 67% of respondents searching for employment believe workplace diversity is a critical factor when considering an organization.

Instead of dismissing disputes, managers should recognize the differences between a conflict that hurts a colleague and a productive discussion among workers. Employees should be given a voice, and management should encourage different ideas—who knows what kind of treasure is buried inside each team member's mind?

4. Get your team invested in your company's success

Completing a successful project is a great feeling for your team, especially when they put skin in the game. High-performing teams get this feeling every day.

The company's success is really their success. It's your responsibility as a manager to make individuals feel they have a stake in projects and the business in general.

Actions speak louder than words, and cultivating a sense of ownership begins with giving every team member a voice. For example, a Latin-American mining company managed this with a couple of creative steps:

The aim is the same, regardless of the steps you take: to make each member of your team feel like their voice can change the course of a project and that their opinion is critical to the company's success.

5. Spend time aligning your culture with your goals

Being a manager of a high-performing team means sacrificing comfort. Comfortable teams don't push each other to be creative.

That's why it's essential to recognize that successful companies aren't necessarily high-performing companies. In the latter, talent is cultivated, and diversity, competitiveness, and firm discussions are welcomed.

That's why companies now test new hires not just for inclusion and diversity, but to make sure they'll be a good fit culturally.

An innovative culture is evident in one of the world’s most successful, high-performing teams: Netflix. Here are the company's expectations from its culture manifesto:

These expectations are why the company is known as a high-performing pressure cooker. Netflix credits the manifesto with keeping them stocked with high performers capable of fast decision-making: 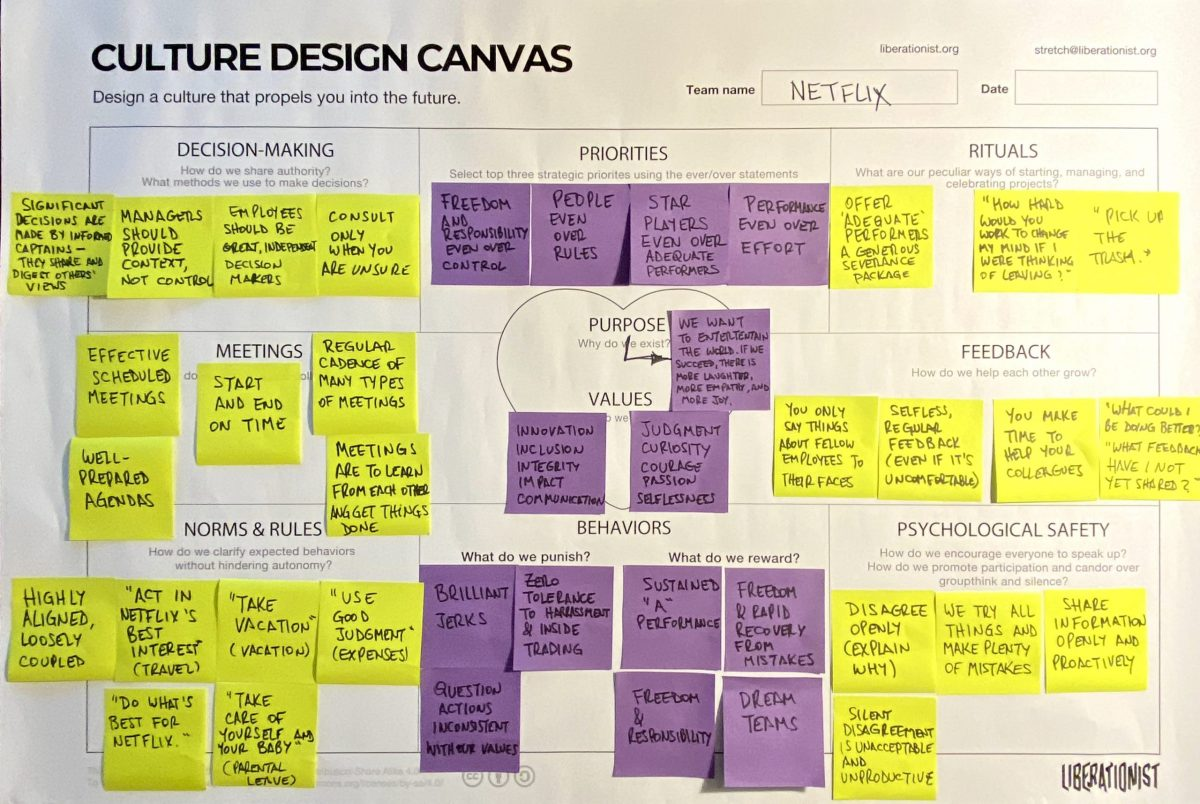 At the core of this vision is a continuous "360" feedback loop. Not only does the culture manifesto encourage constant feedback, but it can also be constrictive and blunt. In addition, two crucial concepts are used to influence ownership and innovation at the company:

Netflix's culture manifesto isn't a blueprint for building your own high-performing team, but it does give you an idea of what it takes to manage one. Employees feel like they are a part of something bigger than just their individual success.

This rings true when you provide frequent feedback, empower employees, and share your company's broad goals.

Despite a great team whose values are derived from trust, culture, and shared ideas, there are no guarantees you will succeed without a process for organizing everything.

You can't maintain a high-performing team without running a tight ship. You have to make sure everyone has a list of responsibilities and that their workload isn't too heavy.

Your employees will also bring a variety of skills to the table suited to different tasks, and it's your job to ensure they are used wisely. Matching tasks to abilities lets your employees shine, and sharing everyone's responsibilities on a board or calendar encourages each person to finish their tasks on time. 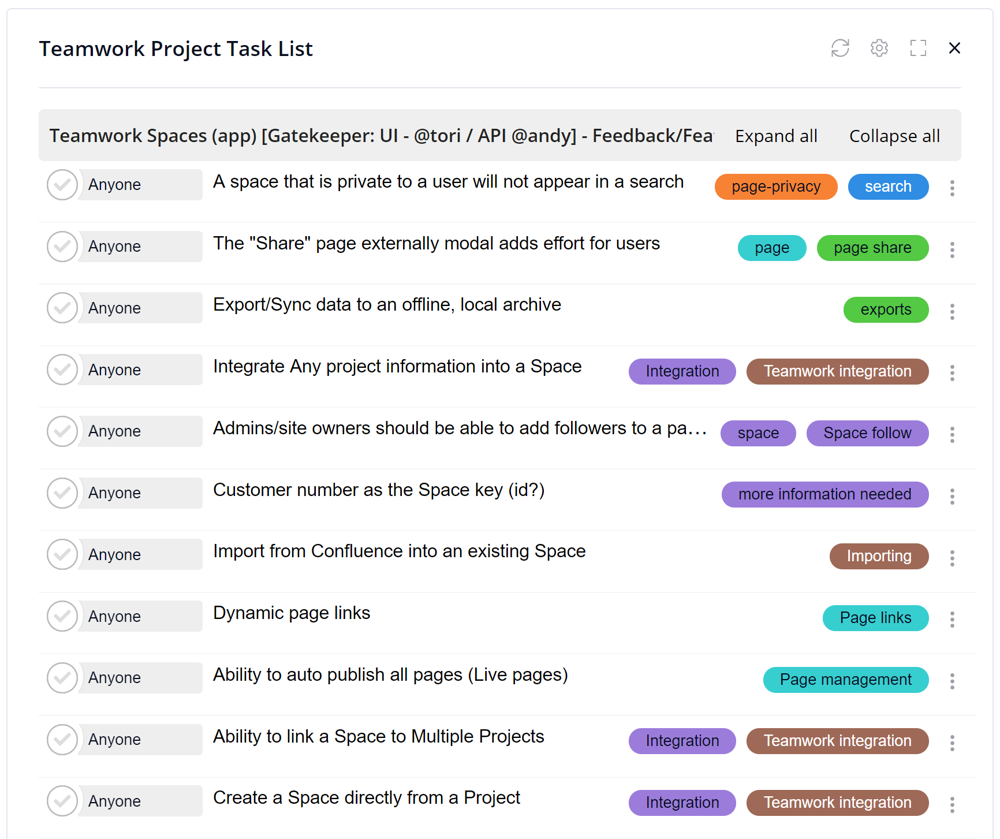 Now that so many teams are juggling multiple projects at once, this is easier said than done. If managers fail to plan, they will leave certain tasks to whoever is free, and team members lacking a skill match might be left to finish work they'd rather not do.

High-performing teams use the right tools

Project management tools are an easy way to keep high-performing teams under control while still allowing you to create a trusting and innovative culture.

With a tool like Teamwork, you can turn to-do lists into carefully planned project workflows.

For example, you can manage multiple projects at one from the tool's central workspace. Using the board view, you can see upcoming tasks and what's already been completed. 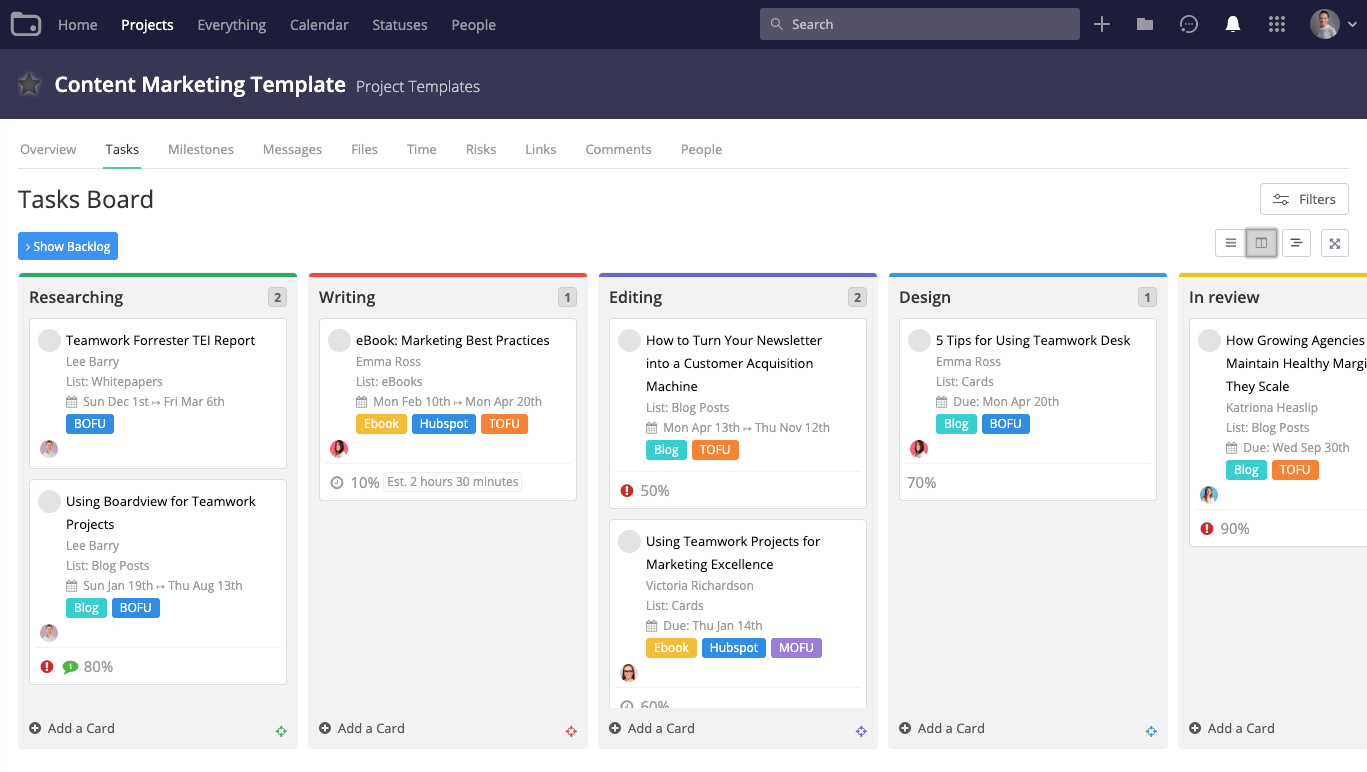 In the case of longer projects, you can emphasize priorities by marking Milestones that exhibit critical deadlines. For example, if you are building out a product launch, you might choose to mark four Milestones: feedback, release, review, and test.

When you attach dates to each milestone, your team knows exactly when each section needs to be completed.

Teamwork will also let you know if workloads are out of balance. If someone has too many responsibilities, Teamwork will show their capacity is too low, allowing you to redistribute.

Are you ready to manage your high-performing team with the perfect tool? Find out how you can keep track of tasks, juggle multiple projects, and balance workloads under one roof with Teamwork here!